The latest rules from NSW Health have been posted on their web site which means we need to add a little bit to our already COVID-19 Safe procedures. We understand that the best ways to slow or stop the spread of the virus (and even the common flu) is to maintain distance, wash hands and clean surfaces regularly. We have been doing these common sense processes since March.
Here are all the steps we are doing at the Wingello Store in line with NSW Health rules:
We continue to take our responsibility as the Post Office and Village Store seriously and always work to ensure the safety of all our staff and customers, not only in regards to the current virus, but also food and work safety.
Thank you to everyone for your great support!
Posted by Wingello Village Store at 7/25/2020 11:26:00 AM No comments: 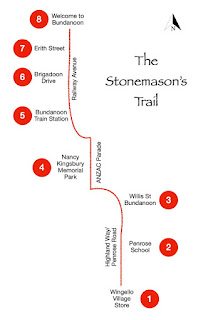 Since 2004 Ken McDonald has been creating artistic features throughout the Southern villages of the Southern Highlands in NSW. From solid pieces of local Sandstone Ken has shown his ability to draw out incredible images of local flora and fauna.
In July 2020 we have created The Stonemason's Trail for visitors to the Southern Highlands to experience these sandstone pieces of art up close.
Take your time and enjoy the lovely scenery as you explore the local animals and plants immortalised in sandstone starting in Wingello, through Penrose and ending in Bundanoon (in reverse works too).

WingelloVillage Store hosts the largest carving of the collection - a 2 metre tall carving of the local Wingello yellow-tailed black cockatoo hungrily attacking a banksia nut. Detailed front and back, starting as two dimensional at the bottom and ending three dimensional right around the top you can almost hear the cocky gnawing away at the banksia tree nut. It is in the perfect position to see all the fine detail in the stone.

While sitting at his table one Summer, the inspiration for this bug crawled into Ken’s kitchen. It started as a scrap piece of stone from the quarry and was donated to the school by Ken for the children’s education and enjoyment.
It is in the gardens of the primary school.

Sponsored by Bundanoon Sandstone, this took over a fortnight to create in 2005. It started as huge 9 ft tall block until Ken discovered a crack after 2 hours work! “Lizzy" was a Bundanoon Community Association (BCA) idea.

A native carving was desired and this lovely carving of the Banksia Serata fit the bill.

The BCA wanted a Cockatoo carved out of stone. Once more Bundanoon Sandstone sponsored this work of art.

Wallace is very popular and is often decorated at various times during the year.
A lot of persuasion was put on Ken to make another wombat. The base was an interesting piece of stone lost at the back of the quarry.

The Lyre Bird was the first crafted in this series, created in 2004. Ken went through over 10,500 images of Lyre birds on the internet, followed by 362 drawings to get the right inspiration. It takes a lot of work to get something this effective.

In 2008 Ken had a severe attack of shingles and lost over 30% of his body weight. But he was still able to complete this Echidna which is very popular with the children.
This was the idea of the Bundanoon Green Team.

About the Stonemason's Trail

The Stonemason's Trail is sponsored and created by the Bruggeman family of the Wingello Village Store. We have enjoyed the many sculptures created by Ken and wanted others to share that enjoyment.
You can start the trail from the North or South and travel along a straight route. The map shows which side of the road the statue is placed.
Ken McDonald has been local in the Southern Highlands all his life. If you get the chance and meet him in the area, shout him a coffee or drink and let him regale you with his fascinating stories about his life in the Highlands.
Posted by Wingello Village Store at 7/18/2020 01:14:00 PM No comments: 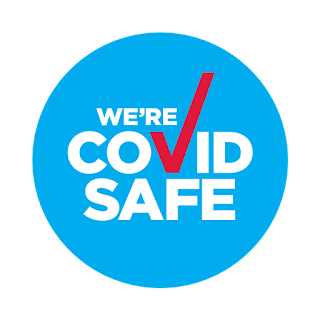 Since the start of the Coronavirus Challenge we have been following recommended safety processes.
Now we are registered with the NSW Government as a "COVID Safe" business. Here are the steps we are taking for all our safety:
Together we can get through the latest stage of this challenge. 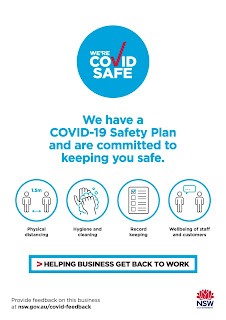 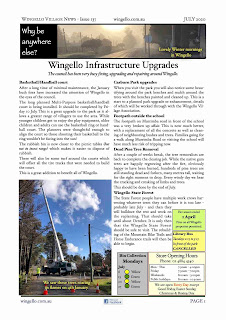 Highlights:
What's happening this month:
Coronavirus is still with us and we are taking appropriate precautions:

We're back and ready for Breakfast

Lastly, don't forget our new weekday store opening times:
We open at 7:30am and close at 4:00pm.
Fridays we go to 7:00pm so you can have end the week with some food from the store.