Music under the Trees 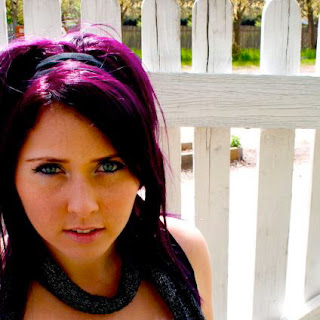 Kathryn Hartnett is a local singer and will be the first entertainer to provide Music under the Trees at the Wingello Village Store.
On Saturday, 10 December from 1:00 to 4:00pm, while Kathryn gives us all a fine rendition of her singing talents, Pizza will be available as well as our normal great food and drinks, all in the shade of the beautiful trees in the Wingello Store back yard.
This has been fully renovated and landscaped by Don Turner (Earthworks) and Warwick Spackman (landscaping), next to the fully renovated shed by Daniel Hill (Carpentry).  These are all local tradesmen who provided great quality work.
Posted by Wingello Village Store at 11/19/2011 07:01:00 PM 1 comment:

Thieves about,  Wingello watch out! 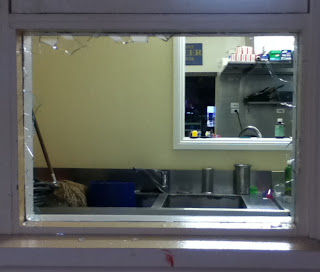 A few weeks ago, a chair was used to smash one of the rear windows at the shop.  The thief only succeeded in breaking the window, cutting himself and leaving blood in several places.
Police are investigating.
The same thieves attempted to break into Tallong the night before.  The following week the crooks actually broke into Tallong, smashing the window, knocking over the grocery shelves and discovered the till was empty at night time.  So no actual theft just stupid damage.
Other vandalism and petty thefts have happened, most likely from the same culprits.  Perhaps they don’t realise that their fingerprints and DNA evidence are on record and when they are caught in future all of these escapades will come back to haunt them.
The school has also been broken into twice causing much damage and minor thefts.
Your mission:
If you see someone who has cuts to his hands or arm, ask him where he got them.  We want our village to be a safe place to live.  It is thought the crooks are from somewhere between Wingello and Marulan.
Some of you know who is doing these thefts.  Don’t let them get away with it.
Remember.
This is from only a few people.  A very small group that aren’t very bright.  A vigilant Wingello will uncover the culprits.
Posted by Wingello Village Store at 11/19/2011 06:59:00 PM No comments:


The children of Wingello asked the Mayor for a better playground - and he came through!
Over time the park in Casburn Park has gradually diminished in size as pieces of equipment we removed one at a time.  Each “improvement” in park safety resulted in a smaller and “safer”park that was less used.
So back in April the children of Wingello wrote to the Mayor, each in their own words, requesting an improvement to the park.  I have included here a couple of the letters and a copy of Mayor Ken Halstead’s reply.
And recently, three new pieces of play equipment were installed.  Since then the park use has increased incredibly with children (and some adults) testing out the very well built swinging spinning thing, interesting mobile see-saw and spinning pole.  And the additional great thing about the park is parents can sit in view of the children in the shade of fantastic pine trees.
A sample letter:

Office of the Mayor

Thank you for your recent letter regarding playground equipment in Casburn Park.You and your fellow students  have presented  persuasive argument and have provided many suggestions for different types of equipment that would improve the playground.Having given the various suggestions consideration we are pleased to advise that we will provide additional equipment in Casburn Park. The installation process for the new equipment will commence in August 2011.Yours sincerely


Wingello Village News for November 2011 is out.

Highlights:
New Playground thanks to Wingello Children
Thieves about
Posted by Wingello Village Store at 11/01/2011 12:12:00 PM No comments: